Thulcandra present the live recording of “Night’s Blood“! Recorded at the 15 Years anniversary show 2018 and produced by Mirko Witzki this video captures an amazing live performance of this classic track!

The song is available on a 7″ in the DieHard edition of the band’s latest album “A Dying Wish“: https://smarturl.it/ADyingWish-NPR 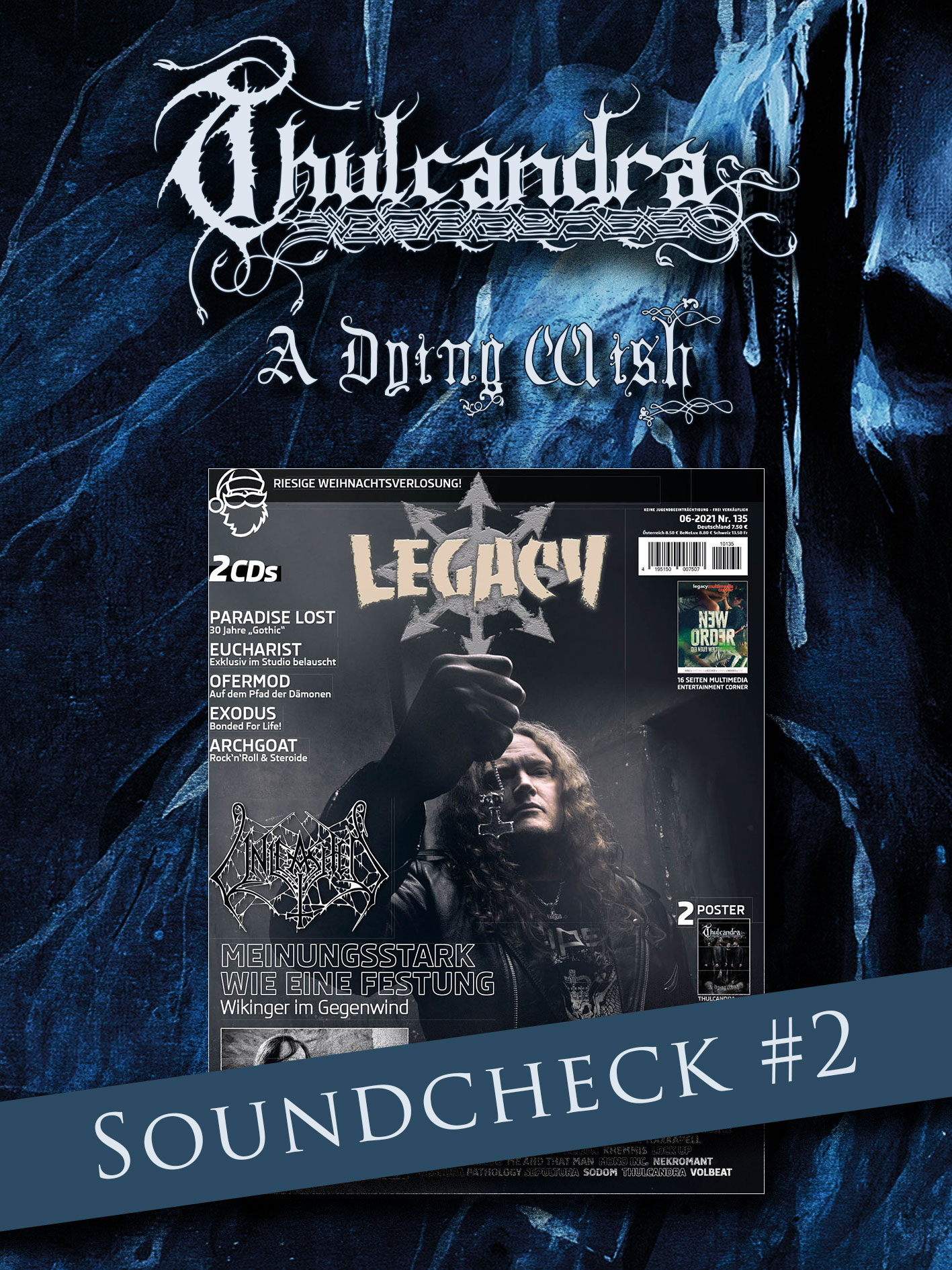 “A Dying Wish” made it to Soundcheck #2 at Legacy – The Voice From The Dark Side! Pick up the newest edition featuring a poster and an in-depth interview!

Death/black metal veterans THULCANDRA have frozen this autumn with their ice-cold riffing! Their brand new album “A Dying Wish”, out today!

On Tour in Germany, Austria and Switzerland in Autumn / Winter!

Death/black metal veterans THULCANDRA have frozen this autumn with their ice-cold riffing! Their brand new single “Scarred Grandeur”, out today, is a versatile tour de force that kicks off the final lap towards the release of A Dying Wish!

“Scarred Grandeur” worships the glory of putrefying death as it promises clashing guitar play, epic mid-tempo moments, rapid outbursts and discreet acoustics in honor of traditional death metal defined by Unanimated, Dissection or Dismember. With this track, THULCANDRA head directly into the eye of the storm, clearing the path for their upcoming, bone-chilling full-length, A Dying Wish.

“Scarred Grandeur“ shows a rather pure and unpolished side of the band. You hear a real band performing relentless from front to end without any compromises. Filthy guitars, scruffy bass and nasty drums – listen to our new single and catch THULCANDRA at a show near you!”

A Dying Wish will be released on October 29, 2021 via Napalm Records – once again carrying the burning torch of the glorious death metal era.

A Dying Wish guarantees instant frostbite just as the first glance at the thrilling icy-blue cover artwork promises. After the listener is buried under the opener’s avalanche, THULCANDRA spans a dark arc between acoustic interludes and harsh blackened death metal parts. The quiet interlude “In Bleak Misery”marches into “A Shining Abyss”, that guides its listeners like a torch through the night. Dramatic riffing and the screeching growls of Steffen Kummerer create dark and dense walls of sound as up-tempo tracks like “The Slivering Silver” and “Devouring Darkness” offer strong leads, driving riffs and engaging drums that let the storm rage on without mercy. The final, title track “A Dying Wish” provides a great finale that covers everyone and everything under a massive layer of cold, leaving the world behind in nothing but ice and snow.