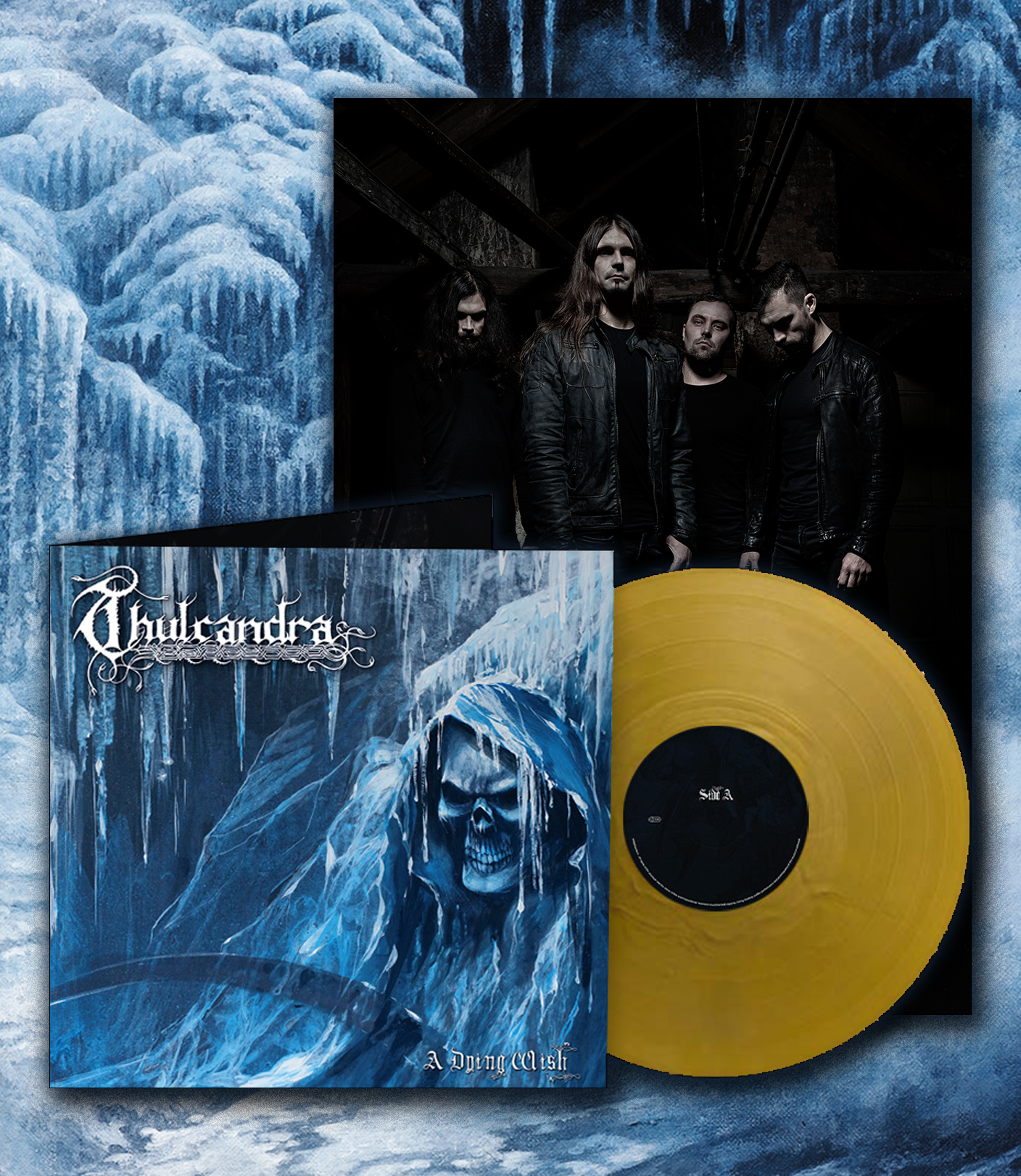 On tour in Germany, Austria and Switzerland in autumn / winter!

Black/death metal veterans THULCANDRA are back! After six years of silence, the band’s brand new studio album, A Dying Wish, will be released on October 29, 2021 via Napalm Records – once again carrying the burning torch of the glorious death metal era.

Steffen Kummerer on the first single:

“With “Funeral Pyre” we present you the opening track of A Dying Wish and show you a first glimpse of new music in years. With a foul, unpolished and rotten attitude “Funeral Pyre” takes you on a ride between bitter sweet melodies, fast forward pushing up-tempo blast beats and a sheer steamrolled performance.”

A Dying Wish guarantees instant frostbites just as the first glance at the thrilling icy-blue cover artwork promises. After the listener is buried under the opener’s avalanche, THULCANDRA spans a dark arc between acoustic interludes and harsh blackened death metal parts. The quiet interlude “In Bleak Misery”marches into “A Shining Abyss”, that guides its listeners like a torch through the night. Dramatic riffing and the screeching growls of Steffen Kummerer create dark and dense walls of sound as up-tempo tracks like “The Slivering Silver” and “Devouring Darkness” offer strong leads, driving riffs and engaging drums that let the storm rage on without mercy. The final, title track “A Dying Wish” provides a great finale that covers everyone and everything under a massive layer of cold, leaving the world behind in nothing but ice and snow.